A woman tried hard to save her friend from the jaws of a crocodile but ultimately succumbed to superior Nature.

The show of incompetence played out at Thornton Beach in the “World Heritage-listed” Daintree National Park in Queensland state, Australia.

“Her [the woman who got dragged away and eaten] 47-year-old friend tried to grab her and drag her to safety but she just wasn’t able to do that,” Police Senior Constable Russell Parker lamented.

Accounts of the water depth differ. Police contend the women were swimming in a waist-depth death pool, while paramedics report the women were merely wading in knee-deep water, which is even more pathetic.

“The report that we have from the surviving woman is that they felt a nudge and her partner started to scream and then was dragged into the water,” Queensland Ambulance Service spokesman Neil Noble reported, noting the surviving tourist, of Cairns about 60 miles to the south, went to a Mossman hospital for “shock and a graze to her arm inflicted as the crocodile brushed against her,” per ABC News.

Warren Enstch, the local representative to the Aussie Parliament, pointed out Thornton Beach abuts a creek where tourists take crocodile tours, and “plentiful crocodile warning signs in the region” were present, per ABC News.

“You can’t legislate against human stupidity,” Entsch said, according to ABC News. “If you go in swimming at 10 o’clock at night, you’re going to get consumed.”

The latest crocodile attack in the area was a when a 5-year-old boy was killed in 2009.

At press time, a rescue helicopter equipped with “thermal imaging gear” had utterly failed to find the corpse of the latest loser against the wild.

Thanks to our source down under: http://abcnews.go.com/International/wireStory/woman-fails-save-friend-australian-crocodile-attack-39471251 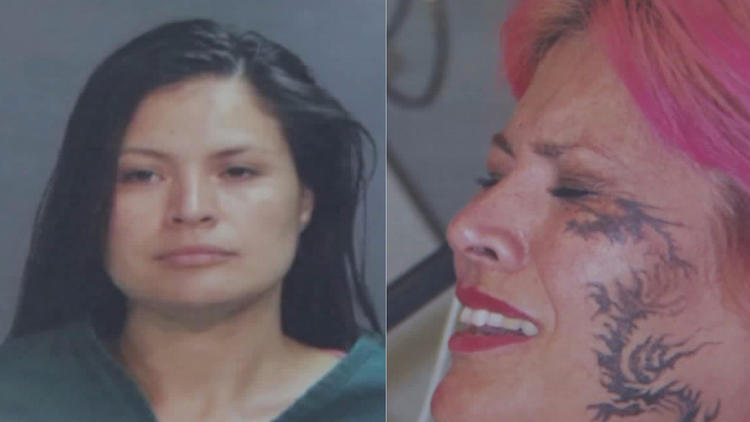 Tracy Capp made the Santa Ana police work for this one.

Ms. Capp, 36, was nabbed Saturday night in a pathetic conclusion to her shirking a hit-and-run charge after killing Chris Chavez, 26,  a drum line instructor at Saddleback High School last month.

Capp reportedly dyed her hair pink, used color contact lenses and had a dragon tattooed on her face to avoid detection.

The authorities observed her leaving a rumored location in a stolen car. While Capp attempted to escape on foot after getting pulled over, a police dog quickly forced her surrender, according to the LA Times.

Apparently the dog got some flesh because Capp was still in the hospital Sunday, reportedly facing charges of suspicion of felony hit-and-run, vehicular manslaughter, felony reckless evading of police, and battery on a police officer.

Witness photography in April caught Capp stepping out of her four-door BMW, examining the corpse of Chavez she’d just created, and driving away.

Thanks to our source: http://www.latimes.com/local/lanow/la-me-ln-hit-and-run-arrest-20160529-snap-story.html

Brian Williams (above, center), recently-fired NBC “journalist,”  was let out on a leash for an afternoon stroll on MSNBC Friday. The “Breaking News” Williams spouted was an archived report from 2005 marking the 60th anniversary of America’s atomic bombing of Hiroshima, Japan, coinciding with President Obama’s apology tour to the horrific World War II site.

Williams set his deformed jaw in exaggerated chagrin for the loss of hundreds of thousands of Japanese citizens with President Truman’s decision to drop the bomb when Japan refused to surrender to the Allied Powers.

Mr. Williams, who was unceremoniously canned from his NBC Nightly News anchor job after falsifying a report that his chopper was fired upon while covering the Iraq was in 2003, did not mention that after Hiroshima was nuked by America, Nagasaki was similarly assaulted and the Soviet Union declaration of war on Japan served before Japan surrendered to the Allies.

He did, however, make the following statements (via Newsbusters):

We have American troops committed over seas now and we can’t repeat often enough. Even though we are coming out of two wars, this seems like a gentler time in our history for a lot of reasons. Even thinks [sic] like Japanese internment camps were defended by liberal lions like Earl Warren because, as he always said, “you have to understand the times.” It’s like some American actions right after 9/11. You had to understand what it felt like back then.

If people have found the U.S. to be preachy in the years since Hiroshima and Nagasaki about the use of weapons, it’s because we’re the only nation to have used them in anger. Sometimes, I am amazed that the world has been without these weapons all the years since, but it is a point of, a great pride by the people who have seen to it.

Surely Mr. Williams did not consider his remarks prefaced Memorial Day in the United States, which honors those Americans who have fallen in service to our country. This includes about 400,000 Americans who perished in World War II, which killed 60,000,000 people worldwide.

According to the transcripts of the Friday broadcast we reviewed from Newsbusters, Williams did not touch on recent remarks from Republican presidential candidate Donald Trump, suggesting that America’s ally Japan, currently under the nuclear protection of America, should be allowed to develop their own nuclear weapons given their proximity to North Korea (a nuclear power President Bill Clinton allowed to develop nuclear weapons in an “Iran deal”-style legitimization in the mid-1990s).

Nor did Williams mention that Presidents Roosevelt and Truman, who interned Japanese-American citizens during World War II, were heroes of the Democratic party.

He also omitted that “liberal lion” (and future Supreme Court Chief Justice) Earl Warren was of the Republican party.

According to his Wikipedia page, Mr. Williams is currently prime time election anchor for MSNBC.

DarthFranktheTank.com Editorial Board Endorses Gary Johnson (L) for President in 2016 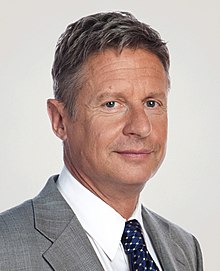 The editorial board enthusiastically supports Gary Johnson to become the next American President.

As a businessman, Mr. Johnson created over 1,000 jobs.

During two terms as the 29th Governor of New Mexico, Johnson created no jobs.

Government cannot create jobs. Gary Johnson is the only candidate who understands this.

He will cut taxes, stop mortgaging our future, and protect our rights to love who we wish and smoke what we wish.

He is now the nominee of the third-largest political party in America, and poised to win many more than the 1,300,000 votes he captured in 2012.

We will be removing our “Bloggers for Rand” ad as soon as the editors figure out how to do that, to avoid duplicity. However, we still support Rand Paul in his 2016 re-election bid to the U.S. Senate.

40 Shot, 4 Dead So Far in Chicago This Weekend 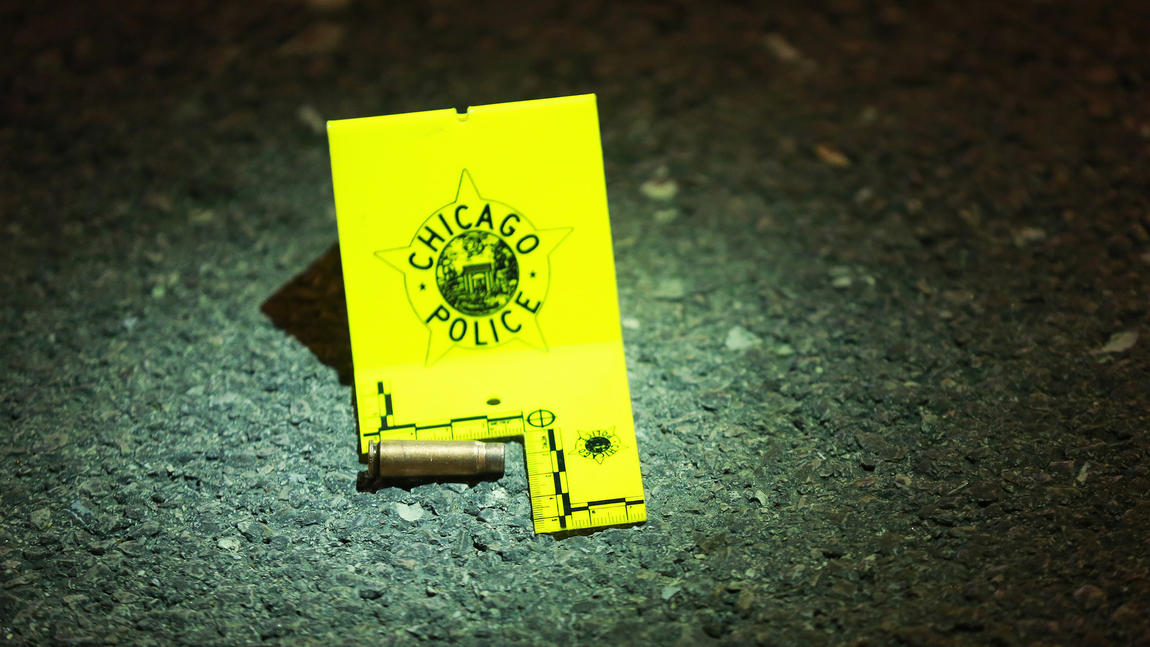 President Obama may want to pivot from his recent restroom campaign to re-addressing gun confiscation in his hometown of Chicago.

About on pace with Memorial Day weekend 2015, in which 56  Chicagoans were shot and 12 died, grim figures are trickling in from Chicago Tribune this morning like blood in the street.

Veronica Lopez, 15, was shot to death in a Jeep and appears to be the youngest of the four fatalities, according to the Tribune.

A man in his 20s, unnamed, was slain in front of his mother’s house. His mother-in-law, according to the Tribune, is pictured below. 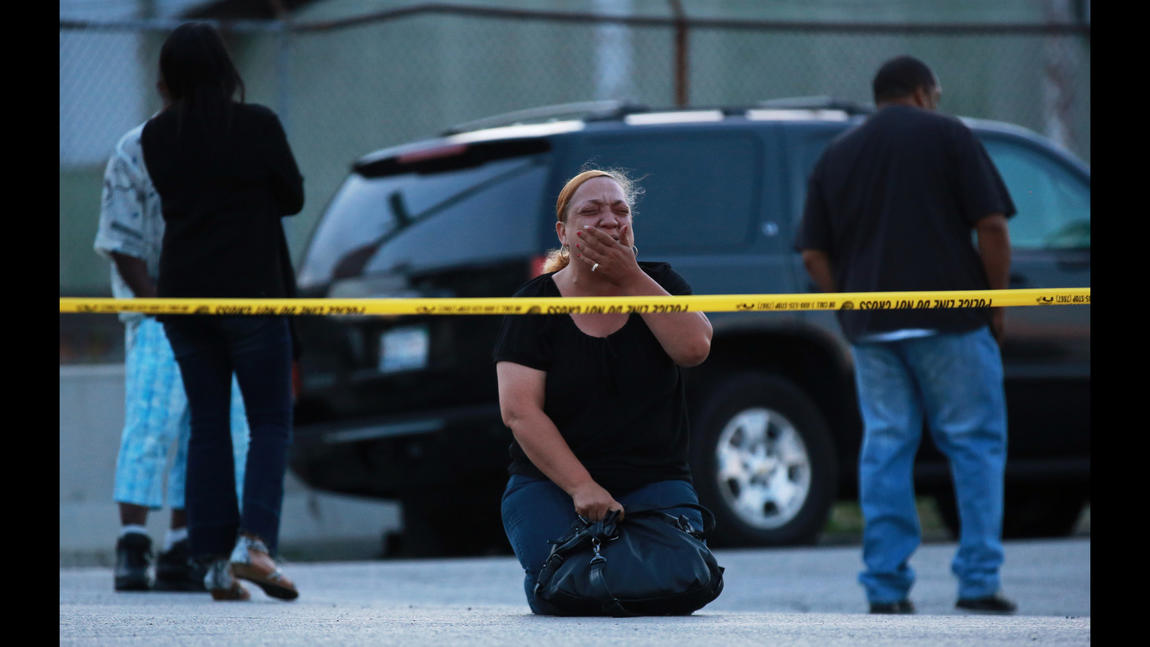 The Tribune notes many of the shootings involved leg wounds and occurred in the Harrison district of the city. Several of the wounded were noted to be “uncooperative” with police.

Mayor Rahm Emanuel, who, according to “My Chicago” by Mark Konkol (via a transcript) plans out who he looks at when spewing propaganda at his pressers, did not appear to have commented. He may have skipped town for the holiday weekend.

Local Yard Sale Fails to Live Up to Hype of Signs

Neighbors Remove Plastic from Porch Loveseat, Probably After Having Sex on It

Kalyn Rolan, 29, was on the phone with a friend discussing funeral arrangements for her mother.

Roberta Lynn Duke, 53, had died the day before of lung disease.

Mrs. Rolan, who had several allergies, including insects, poked a bale of hay with a stick. A swarm of fire ants attacked her ankles.

Although Rolan tried to run away, she received multiple bites and was later pronounced dead at a Selma hospital.

A fundraiser for the double funeral is planned for today at the Prattville Waffle House.

Rolan is survived by her husband and two sons.

TSA Official Removed for Incompetence; Cashed $90,000 in Bonus Checks Over the Past Year

CNN reports a “major leadership shake-up” in wake of Congressional scrutiny at the TSA of Department of Homeland Security. 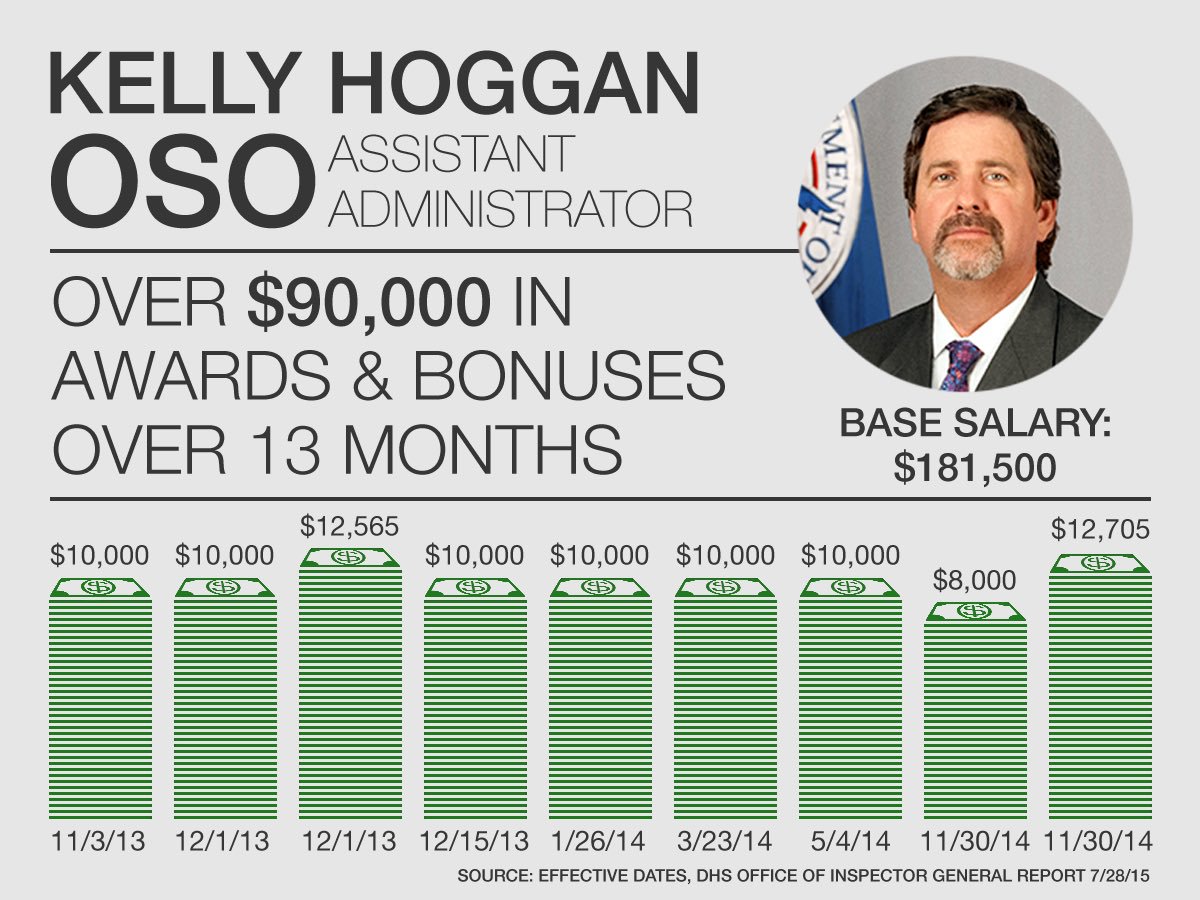 Kelly Hoggan, OSO Assistant Administrator–“Head of Security at TSA,” as an internal memo put it when he was fired–apparently received the bonus checks detailed in the above figure in addition to his base salary of $181,500. He was fired Monday night.

The House Oversight Committee has accused TSA of “smurfing” the bonus checks, which apparently means spreading them out so they’re less noticeable in public record when the inept agency comes crying for more funding.

As we reported last month, TSA chief Peter Neffenger has been under fire from the House Oversight Committee for TSA’s excessively long lines as summer vacation season kicks off this month. Mr. Neffenger said in his defense on May 12 he was faced at his hiring one year ago with an organization with 5,800 fewer numbskulls to say, “TAKE OFF YOUR SHOES, GRANDMA!” and touch small children.

According to Townhall, who also provided our lead picture, the agency will add 768 new “screeners” by mid-June. That’ll stop the terrorists.

CNN points out some good may come of a government employee almost being held accountable for failure before axing a subordinate instead:

His agency is on the defensive after three former TSA employees testified that they were retaliated against after “directed reassignments,” where employees who have highlighted wrongdoing within the administration are shifted to other assignments.
Neffenger said then that he did not “tolerate” potential retaliation against whistleblowers and pledged to “look into it.”