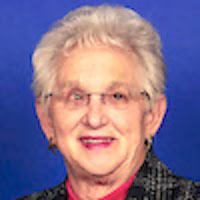 The bill would allow companies to require employees to undergo genetic testing or risk paying a penalty of thousands of dollars, and would let employers see that genetic and other health information, according to Scientific American.

Under guise of propping up “workplace wellness programs,” the 2008 “GINA” protections of employees’ genetic material from their employer would be eliminated. The 1990 Americans with Disabilities Act restrictions on wellness programs are also removed.

According to the Federal text online from the bill introduced on March 2:

This bill exempts workplace wellness programs from: (1) limitations under the Americans with Disabilities Act of 1990 on medical examinations and inquiries of employees, (2) the prohibition on collecting genetic information in connection with issuing health insurance, and (3) limitations under the Genetic Information Nondiscrimination Act of 2008 on collecting the genetic information of employees or family members of employees. This exemption applies to workplace wellness programs that comply with limits on rewards for employees participating in the program.

Workplace wellness programs may provide for more favorable treatment of individuals with adverse health factors, such as a disability.

Employers got virtually everything they wanted for their workplace wellness programs during the Obama administration. The ACA allowed them to charge employees 50 percent more for health insurance if they declined to participate in the “voluntary” programs, which typically include cholesterol and other screenings; health questionnaires that ask about personal habits including plans to get pregnant; and sometimes weight loss and smoking cessation classes.

Rigorous studies by researchers not tied to the $8 billion wellness industry have shown that the programs improve employee health little if at all. An industry group recently concluded that they save so little on medical costs that, on average, the programs lose money.

So it sounds like instead of just paying more for health insurance for the privilege of not submitting to a company cheek swab, employees now may be explicitly subject to same, as well as invasive questions about planned future pregnancies and smoking behaviors…as long as the “wellness program” is labeled “voluntary.”

Republican representatives Thomas Garrett (VA),  Luke Messer (IN) Paul Mitchell (MI), Elise Stefanik (NY) and Tim Walberg (MI) are all co-sponsoring this charade to gather more data on citizens in the name of “wellness.” But we can trust big, bad corporations not to share with the government, right?

Elise Stefanik, 32, (above) is the youngest woman ever elected to Congress. Millennials, hamstrung by student debt and faced with diminished economic prospects, are supposed to depend on their contemporaries to defend the freedom of the younger generation as it is trampled by the Baby Boomers.

Does Stefanik care to protect Millennials’ privacy rights as they toil to build careers to hopefully pay off the $20,000,000,000,000 national debt their parents accumulated? [PUN ALERT] Ap-parent-ly not.

According to congress.gov, the bill has stalled since the committee vote. Let’s hope it remains that way.

A Bay Area tattoo removal clinic has been booming recently for an unexpected reason: the fear of deportation.

The fear of possibly being associated with gang members or seen as criminals has apparently prompted many to seek out the clinic’s services. Nora Ruiz of the San Pablo Economic Development Corporation said people are taking up the service “for fear that they might be seen as a certain type of person or judged in any way.”

Lawyers who have consulted detainees say tattoos and old speeding tickets were the reason a father of two U.S.-born children and longtime resident was detained following a raid.

Raids are common during the current crackdown by ICE agents on undocumented immigrants, whether or not they have criminal histories. Tactics such as entering courthouses in order to make arrests are being used more frequently. The Department of Justice has begun drafting plans to reassign an unspecified number of immigration judges to 12 cities across the country, including San Francisco, in order to facilitate quicker deportation hearings.

Due to an executive order signed by Trump in January, all undocumented immigrants are effectively a priority for deportation regardless of whether they have committed violent crimes or not.

Presumably, people are more vulnerable if they have been incarcerated, and (presumably) had their skin photographed against their will:

Privacy Groups “Up In Arms” Over FBI Tattoo Tracking Program

On the other hand, Socialist sympathizers who backed Bernie may have had a change of heart in disgust at the Democratic downfall with which they don’t want to be associated! Hopefully they will learn to vote for a “third party” next time around:

In other privacy-pillaging news,  NBC told us to face reality: the FBI, which couldn’t bring itself to prosecute Hillary for her criminal secret email server while Secretary of State, is sweeping up images of all American citizens’ faces. You know, just in case.

Most disconcerting, this same intelligence agency tampered with the iPhone of ISIS-inspired mass murdered Syed Farook in order to blackmail Apple to reverse-engineer every iPhone in the world. When Apple wouldn’t play ball, the Fibbies paid a hacker, as we have extensively documented.

Those pictures include the faces of about half of all U.S. adults, Georgetown University Law School’s Center on Privacy & Technology estimates.

The networks are largely unregulated and subject to ethnic and gender bias, according to experts, including a photo technologist for the FBI itself. The databases are culled from police mugshots, driver’s licenses, passports, visas, security video and other sources — taking in millions of Americans who aren’t even suspected of a crime.

More widely known for his recent comment that potentially Obamacare-stripped poor people should choose between health insurance and the latest iPhone, Republican Chairman of the House Committee on Oversight and Government Regulation Jason Chaffetz of Utah said of the intelligence community’s latest (known) unconstitutional power grab: “The FBI, in particular, and others are doing everything [they] can to build out facial recognition with the goal, essentially, of having everybody’s face in their database.”

According to Washington Examiner, Chaffetz (above) used a hearing to propose the FBI employ facial recognition more selectively: “If the database was smaller to known criminals, wanted criminals, people that are here illegally, maybe those are the types of things that we should be focused on, as opposed to everybody[.]”

He acknowledged the “unintended racial, gender or age biases or deficiencies” likely inherent in the massive database. Per Examiner, Chaffetz said that nearly 80 percent of the faces in the FBI‘s facial recognition network are of non-criminals.

But the intriguing–and perhaps most anti-American?–nugget of the FBI’s further crackdown on your quickly-eroding privacy rights, from NBC:

In a paper published in the December 2012 edition of the journal IEEE Transactions on Information Forensics and Security, four authors — including a senior photography technologist for the FBI — reported that facial recognition systems are less accurate in distinguishing identities among African-Americans, women and younger people.

The FBI system, in particular, “is not designed to give no for an answer,” Alvaro Bedoya, executive director of the Georgetown Privacy Center, said last month on the public radio podcast Criminal Injustice.

“No matter what, it will return a list of faces. And so, in these systems that are designed to not tell you no for an answer, when they miss the right suspect, they’re still going to give you a list of potential suspects that look like the candidate image,” he said. “And those innocent people will predominantly be African-Americans, women and young people.”

Who sets the facial recognition standards? Our friends at National Institute of Standards and Technology (who are photographing prisoners without consent; see link above).

Apparently, the GAO found the FBI is using “one or two” angles to accuse innocent people who happen to look like criminals. NBC:

The federal government’s own guidelines, set out by the National Institute of Standards and Technology, suggest using at least five images to determine a credible match.

Internal FBI documents obtained in a Freedom of Information Act lawsuit by the nonprofit Electronic Privacy Information Center indicate that the FBI’s own database, called the Next Generation Identification Interstate Photo System, or NGI-IPS, had an acceptable margin of error of 20 percent — that is, a 1-in-5 chance of “recognizing” the wrong person.

And research published in the October 2015 issue of the scientific journal PLOS ONE by researchers at the universities of Sydney and New South Wales in Australia found that the humans who interpret such data build in an extra error margin approaching 30 percent.

Because state and local agencies need their surplus military Humvees and assault rifles to serve search warrants, federal goodies from equitable sharing, etc., etc., they are lining up to collaborate with James Comey‘s literal army of Federal thugs:

Even so, the FBI is working to grow the number of state and local law enforcement agencies whose databases it can tap into. It already has agreements with 16 states allowing investigators to cross-check faces without court warrants, creating what the Georgetown Privacy Center called a “virtual perpetual lineup.”

UPDATE: As of April 29, Chaffetz had announced he will not run for re-election in 2018 and is further taking an emergency one-month leave of absence from Congress to remove some hardware from his ankle. Talk of his aspiration for higher office, such as the Utah governorship (November 2020 election) abounds. The militant Maxine Waters (D-CA) speculates the emergency absence illustrates Chaffetz is working for the Kremlin.

Chaffetz’ allegedly partisan investigation of the Jim Henson Company’s “Sid the Science Kid” educational video on Zika sponsored by Centers for Disease Control aside, we would hope another Federal Government watchdog will step up in his stead to keep the screws on Federal thugs to preserve what privacy we still enjoy.