Trump is under fire for his proclivity to keep food cold.

The Guardian tore into two new refrigerators slated for installation on Air Force One, replacing the current 1990 installations for $23.7 million.

Lost in the food fight is Boeing (the largest corporate welfare cow of the Export-Import Bank), who scored the culinary contract last year to install the fridges on their own 747 model and deferred reporters’ questions to Air Force One.

As we have previously reported, the infamous Ex-Im backs loans for foreigners and sticks American taxpayers with the bill.

This apparently justifies their $95.5 million demand for operating expenses.

In Ex-Im’s defense, the 2018 request reduces their staff by 15 (fifteen!) full-time employees, and shrinks the operating budget 17.7% compared to fiscal year 2017. Which isn’t that difficult when you justify your existence with net income to the Treasury, then pocket a paltry (by Washington standards) budget.

But there are bigger fish to fry (cooling the leftovers in the president’s new refrigerators).

Ex-Im, which dodged dismantling in late 2016, still lacks a quorum on its board of directors to approve loans over $10,000,000. (Recall Ex-Im’s primary objective is to help small businesses actually located in America.) 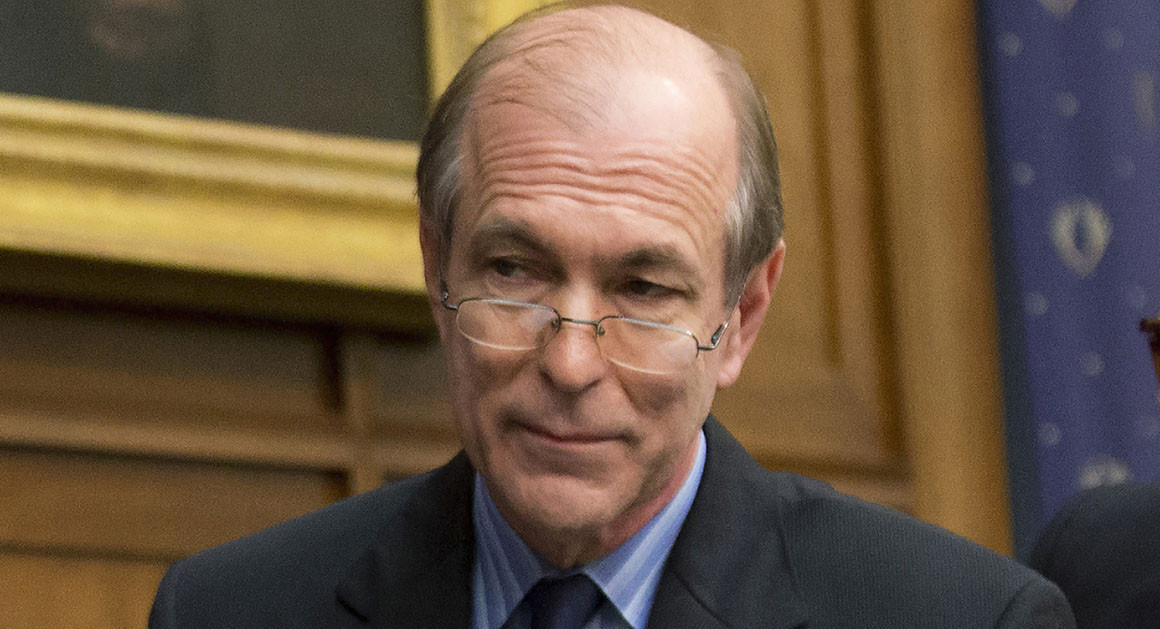 Trumps’ pick to lead Ex-Im, former New Jersey Congressman Scott Garrett (above) didn’t even make it out of the Senate Banking Committee vote in December, much less to full Senate confirmation. Garrett twice voted against reauthorizing Ex-Im while in Congress and faced opposition from U.S. Chamber of Commerce.

Acting chairman and president, Obama appointee Charles Hall, left in December, lamenting the lapse in fee collections due to a backlog of bigger loans for lack of quorum (which Hall exacerbated by leaving): “If we don’t get a board, probably sometime in 2018 I would anticipate that we would cease to be self-sustaining.”

The government website shows three of the seven board positions currently filled. No quorum for you!

Interestingly, Delta Airlines spent millions lobbying against the Ex-Im reauthorization in recent years (though they were outspent 7 to 1 by Boeing). Apparently, European countries are tempted to buy Airbus (the only other double-wide jumbo jet manufacturer in the world) if U.S. taxpayer-backed loans are not offered for Boeing contracts.

Delta’s beef is the Ex-Im guarantees save international competitors like Air India enough on borrowing for jets that they can slash ticket prices and siphon Delta customers.

Meanwhile, NBC spotlighted Scott Daniel Warren, a volunteer at No More Deaths, who was arrested January 17 for allegedly lavishing a pair of illegal immigrants with food and shelter in Ajo, AZ.

Carlos Diaz, a division chief of ICE’s Customs and Border Protection, denied the arrest was related to a video the non-profit released earlier that day, which showed CBP agents dumping water jugs left in the treacherous stretch of desert for illegal immigrants to consume. Diaz alleges agents are instructed to leave water jugs intact. Should immigrants evade death, their movements will be newly scrutinized in a fashion sure to violate the privacy of law-abiding citizens as well.

ICE agents would be able to query [the] database in two ways. A historical search would turn up every place a given license plate has been spotted in the last five years, a detailed record of the target’s movements. That data could be used to find a given subject’s residence or even identify associates if a given car is regularly spotted in a specific parking lot.

Homeland Security reassured the horrified public that while ICE gets flags for anything tagged by Vigilant, none of ICE’s ham-handed terrorizing of non-citizens will flow back to Vigilant. (Probably convenient for ICE.)

How this private-sector database of citizens and non-citizens’ movements will be shared or disseminated with other Federal thugs remains to be seen.