Rather than exercise any discretion at all, Combs dressed as the Pokémon, Pikachu. He filmed only his “pre-jump,” as the live stream was interrupted (see below), at which point he told Secret Service he sought YouTube fame.

Although he had researched previous fence jumps, according to New York Daily News, the scheme was less original than we expected:

In 2014, a man sporting a Pikachu hat and carrying a Pikachu doll attempted to get over the White House North Lawn before the Secret Service stopped him.

Combs scaled the half-assed concrete barrier but was caught scaling the actual fence. His police affidavit indicated he expected to be arrested. If history is any indication, jumpers do get caught…eventually:

Maybe we should build a wall!

Safely back home in Kentucky, Combs told his local CBS affiliate the stunt was to “make a statement…for blue collar workers” he believes are being exploited. (The YouTube line was just to assure Secret Service he was not a threat.) He reportedly quit his factory job to lay “shock and awe” on the American people.

The social justice warrior set up a GoFundMe page to handle the likely fine that will result from his actions. He has received no donations.

“I have a sickness, but I do not have an excuse,” Weiner said, apologizing to the 15-year-old girl to whom he sent sexually explicit images and messages last year.

The charge of transferring obscene material to a minor carries a maximum sentence of 10 years in prison, but Weiner is likely to get less. As part of his plea agreement, federal prosecutors said they would consider a term between 21 months and 27 months “fair and appropriate.”

The scandal contributed to the sinking of the Clinton campaign by potentiating her decision to handle all communications as the nation’s top diplomat on an unauthorized, unsecured secret email server  in the news just days before her surprise loss to Donald Trump (see above). 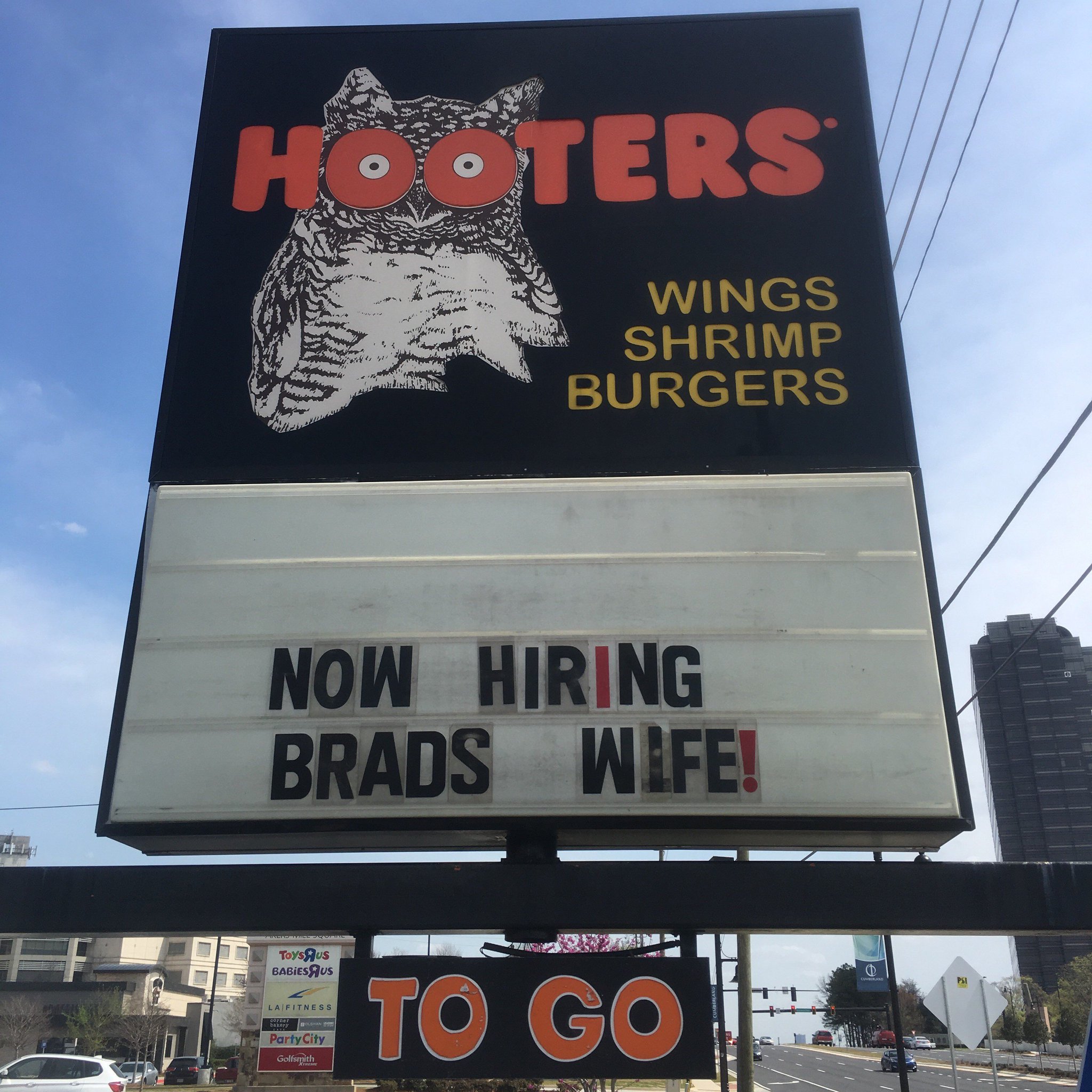 Companies across the country should be careful not to stoke the fires of feminist fury by extending unspecified job offers to “Brad’s wife.”

Fortune reported on Yahoo! that Nanette Byrd, allegedly fired by an Indiana Cracker Barrel in March after 11 years of service, found overnight fame when her husband Bradley Byrd boldly engaged the gift shop with attached unhealthy food service on “Facebook”:

Image from heavy.com. Brad is clearly concerned for his wife’s future, using the term “LOL.”

While the Byrds are from Milltown, IN, it is unclear if that is the location of the heartless, heart-clogging Cracker Barrel in question.

Heavy.com notes that Brad–apparently, Nanette has not yet mounted her own social justice campaign–is encouraging the country to continue patronizing the chain and exact our frustrations only on a national level.

In his most recent statements, Byrd has begged people not to take their anger out on the local Indiana restaurant. He wants people to ask the main Cracker Barrel offices in Lebanon, Tennessee. “Please send all of your questions/comments to the home office. They are the ones who can answer them,” Byrd wrote on Facebook on March 24.

People poked the internet at large without recognizing their own peddling to the patriarchy. How dare a woman’s employer send her packing on her husband’s birthday???

Of course, no true internet rallying cry would complete without a change.org petition. “Brad was a kind and simple man. His wife, a loyal Cracker Barrel employee of 11 years,” the page reads. “On a day that should have been full of cake and laughter, there was sorrow. It was Brad’s birthday and his wife was unfairly, unjustly, terminated from her employment.” 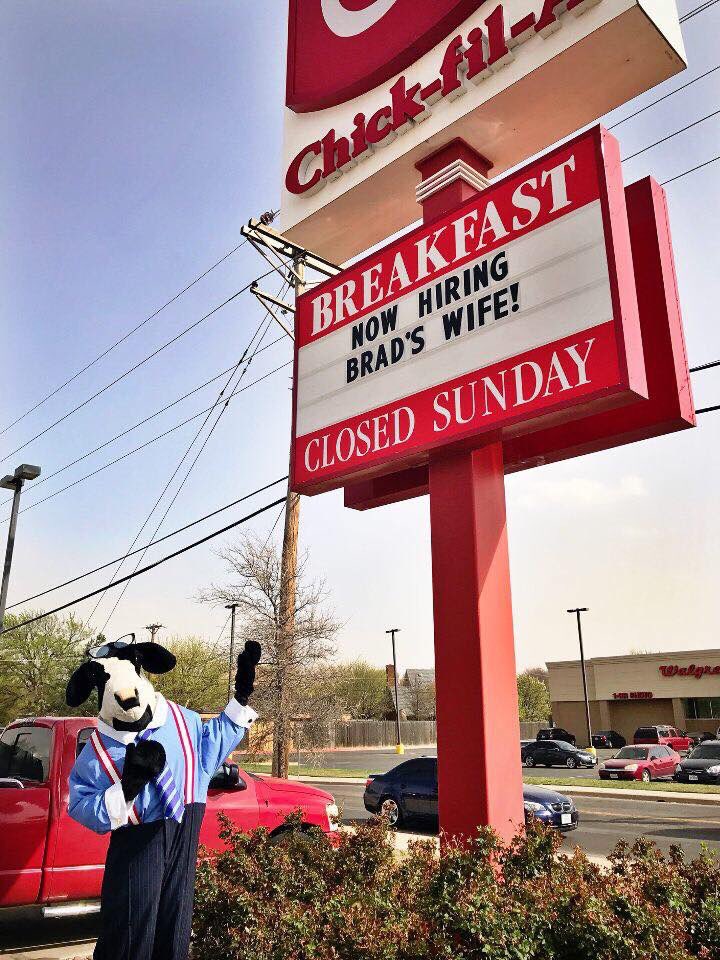 Image from Twitter. The Georgia St Chik-fil-A franchise, located in Amarillo, TX, is making use of the “hashtag,” #JusticeforBradsWife.

Meanwhile, the Cracker Barrel “Facebook” page is flowing with vitriol from commenters on the “sweet maple pepper bacon,” according to Fortune:

Cosmo reported that, like many of their customers, Applebee’s has sunk to a new level of desperate.

For the final two weeks of March, certain Texas locations of the seedy “fast-casual” bar and grill reportedly reduced patrons’ check by up to 50% in exchange for giftcards or expired coupons–from any business.

In a press release, Applebee’s said the idea for the promotion came after noticing customers had expired coupons and gift cards to places they’ve never visited before. Chief operating officer of the Apple Texas franchise group Chris Dharod thinks the promotion will bring in customers who will eventually become regulars. In a statement, he said, “We know that when our neighbors taste our food and relax in our atmosphere, they will become Applebee’s fans for life.”

Applebee’s is a subsidiary of DineEquity; DineEquity also runs IHOP, which is slightly classier than Applebee’s.

CNBC reported that Delta Airlines grounded all domestic flights for over two hours “due to a systems outage.”

150 flights were reportedly cancelled, though the airline warned not all delays and cancellations were being reflected on their systems.

“I want to apologize to all of our customers who have been impacted by this frustrating situation,” Delta CEO Ed Bastian said in a statement.

The latest Delta disaster came with some odd strings attached for the unfortunate patrons:

Delta said a waiver has been issued for travel scheduled on Jan. 29 and Jan. 30; passengers have to rebook by Feb. 3. The airline added unaccompanied minors were not going to be allowed on board flights through noon ET on Monday, Jan. 30.

International flights were exempt from the [grounding].

Last week, a computer problem forced United Airlines to ground all domestic flights for about an hour.

Updated! This post has been edited to correct the embarrassing error in which Ms. Rivera was referred to as Mr. Rivera’s brother. 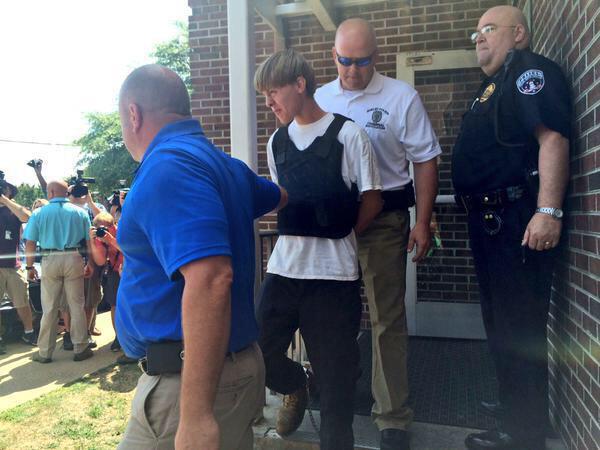 In the above image courtesy of Vice News, Roof is arrested and put in a bulletproof vest for transport the day after his June 2015 massacre. The death penalty is much more satisfying for society when the criminal can be killed publicly, expensively and with a long, drawn-out appeals process instead of just popped en route to jail like Lee Harvey Oswald.

Naya Rivera (sister of Oakland Raiders tight end Mychal Rivera) wore a dress that showed her underwear in a premier for her movie Mad Families. 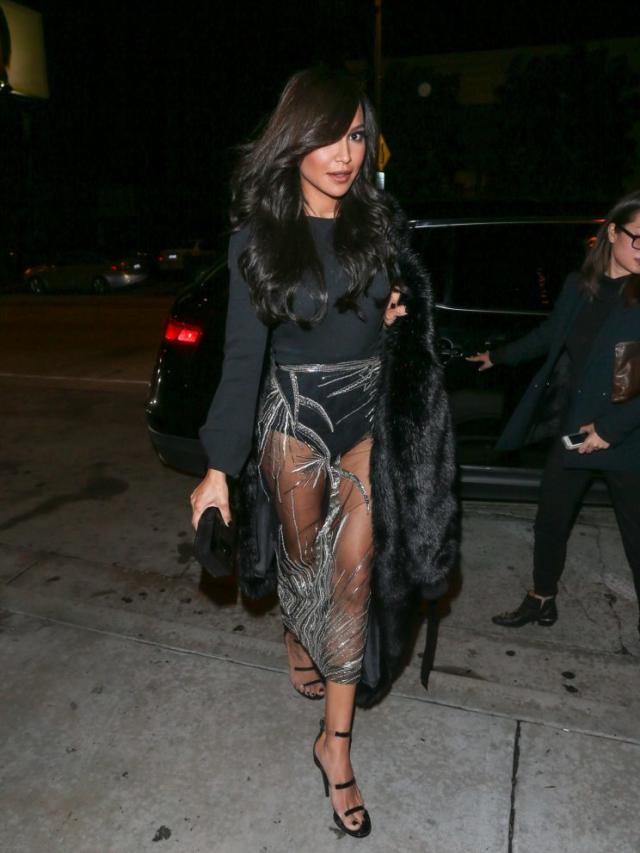 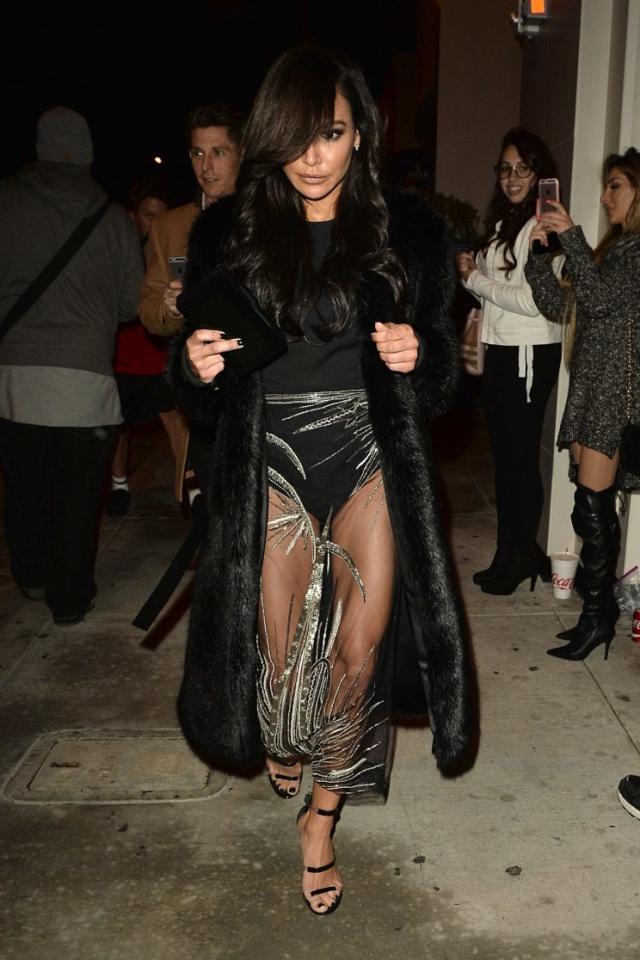 Los Angeles was chosen as the site of the George Lucas-helmed Lucas Museum of Narrative Art, a billion-dollar project that was almost squandered on Chicago. 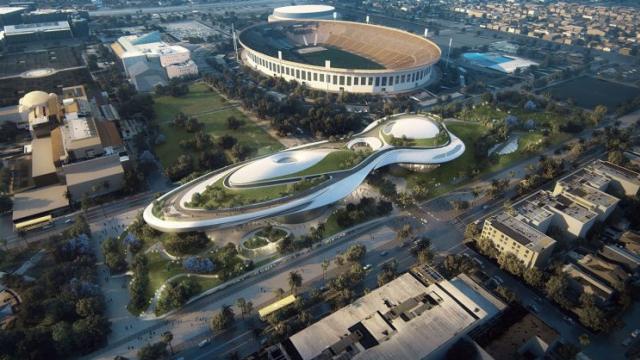 Head Chi-town thug Rahm Emanuel is not having a good year. Murder rates continue to surge.

February 24–Seven people were fatally shot in Chicago. Three of them were apparently a family: Wilteeah Jones, her unborn baby and her boyfriend, according to CNN. 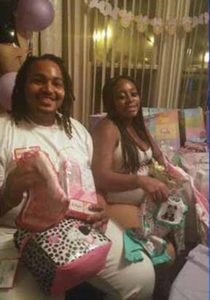 Jones and boyfriend Malik Bingham at their baby shower one week before their murders. Courtesy Chicago Sun-Times.

Delta flight 2565 from Minneapolis-St. Paul to Los Angeles turned around after an alleged disturbance by Anna Koosmann, 36 and Blake Fleisig, 35, as recorded by amateur videographer Patrick Whalen, who was on the plane.

Both detainees are reportedly from Los Angeles.

Koosmann apparently tried to avail herself of the cramped chemical toilet in the rear of the aircraft. Because the “seat belt sign” was still illuminated, the pilot got on the horn and demanded Koosmann return to her seat (presumably following reports from the flight attendants).

She continued to shirk crew member instructions, and while the video obtained by the Minnesota media only shows the actual arrest, we gather Koosmann and her male companion Flesig continued to threaten the safety of the flight.

“In my a million miles [sic] on Delta, I’ve never seen anything like this. The captain gets on and says, ‘If people in the back don’t start following instructions of the flight crew, I’m going to turn the plane around.’”

to make a long story short, the captain turned the bird around and had both passengers booted from the flight.

Fleisig picked up charges of “disorderly conduct, brawling or fighting,” due to reportedly shoving a non-disruptive passenger as he was escorted back to the God-forsaken tundra of Minnesota. Koosmann only got charged with disorderly conduct.

[Minnesota State Police] officials said Fleisig cooperated with police and was released Wednesday night. Koosman was not being cooperative and is currently being held in Hennepin County Detention Center.

“The flight crew of Delta 2565 from Minneapolis-St. Paul to Los Angeles elected to return to Minneapolis shortly after takeoff when two passengers refused to follow crew instructions, became aggressive and created a disruption in the cabin. The passengers were removed by local law enforcement. The flight re-departed without further incident. The safety of Delta customers and employees is our top priority.”

Couple Arrested After Disrupting Delta Flight From MSP To LAX

Man Told Not to “Vape” on Bus; e-Cigarette Explodes in His Pocket

ABC brought us this gem from Fresno, CA. While being warned not to “vape” on the bus by the driver, a man, 53, vapes, places the device in his pocket, and it explodes.

Incidentally, a Satyr Vapor owner, Adam Wooddy [sic] told police he was on the bus and watched the incident.

“Those are always so much more violent than anything you’d expect from them.”

He added of the devices he reportedly peddles:

“Batteries have a wrap around them and if that wrap gets torn it makes the battery very unstable, especially if that battery has dings and dents– basically a ticking time bomb.”

Depending on which source you believe, the vaping man suffered “minor injuries” or “third degree burns.”

The video can be seen here: